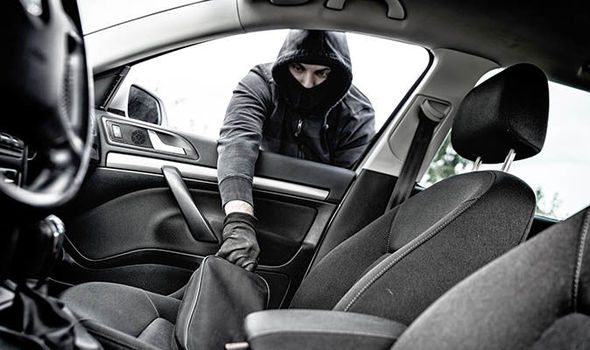 We live in a fast-paced society and that includes the development of technology. Technology can be a great tool to facilitate our lives in many ways. However, with great technology comes a great responsibility. It’s easy for technology to consume your life.

With this story, that is the case. The thieves caught in the surveillance camera were recorded walking to cars and pulling the handles. Usually, at this point, you would see broken windows or open doors. In other words, a lot of damage would usually be done.

It’s easy enough to manipulate, according to technology experts, especially since most vehicles use a keyless method to unlock and lock their vehicles. It is easy to create something that manipulates the vehicle so that it thinks that the owner with the remote control of the car is nearby, even when it is not.

This case took place in recently but it is not strange that it happens in other places. The losses of the victims included a jujitsu belt and some boxing gloves, estimated at around $30. Fortunately, there was nothing extremely valuable for the victim in the vehicle. Again, the thieves left no evidence or damage in addition to the contents of the glove compartment that was scattered around the passenger seat.

Although this new technique can be difficult to prevent, there are some factors that must be taken into account when trying to prevent theft. First, remember to avoid leaving something valuable in your vehicle, especially when leaving at night. If you are doing errands and you should leave something in your vehicle, experts advise that you leave it in the trunk or under a towel or blanket.

Another tip that can reduce the possibility of a break is to park your vehicle in a well-lit area. Most thieves will not target a vehicle in an area that has relatively bright lighting because it increases the likelihood of being caught.

This also makes your vehicle an easier target for thieves, as there will be fewer people around.

Remember, car thefts are quite common and now technology makes it even easier to unlock and get on vehicles. Always lock your vehicle when you leave it and, again, never leave valuables like money or electronic items in your car.

Also, watch out for any suspicious behavior of the people surrounding the cars, as this could be criminals at work. Report anything unusual or unsafe to the authorities immediately.